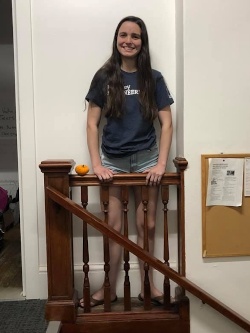 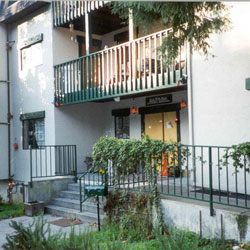 [Land Acknowledgement: Berkeley sits on the territory of xučyun, the ancestral and unceded land of the Chochenyo speaking Ohlone people, the successors of the sovereign Verona Band of Alameda County. This land was and continues to be of great importance to the Muwekma Ohlone Tribe and other familial descendants of the Verona Band. The Muwekma Ohlone people are alive and flourishing members of the Berkeley and broader Bay Area communities today.

As residents and settlers of the East Bay, it is our responsibility to recognize our relationship with this land, as we benefit from its usage, occupation, and exploitation. The Muwekma Ohlone people have been here for thousands of years and they are being removed by white colonizers & Western institutions and displaced by settlers like us. We commit to upending the roots of settler-colonial patriarchy and white supremacy. We commit to solidarity with Indigenous peoples’ fights for decolonization, for sovereignty, for land and water justice.]

Initially named for the Irish writer and social critic persecuted for his queer offenses in the Victorian age, Oscar Wilde, the house has colloquially taken on the name Johnson-Rivera House. This is a nod to the leaders of the 1969 Stonewall Riots, Marsha P. Johnson and Sylvia Rivera, trans women of color whose defiant efforts helped ignite queer liberation movements across the United States.

Founded in 1999 and located in the middle of UC Berkeley’s lively and hilly frat row, Johnson-Rivera was America’s first queer-themed co-op housing opportunity for students, and as such it continually strives to be an increasingly inclusive and accommodating space for queer students of all backgrounds and identities.

In addition to offering a safe, inclusive, and equitable environment for people with nonconforming sexualities or genders, Johnson-Rivera also holds a commitment to bringing about social justice in its surrounding communities. Johnson-Rivera beseeches anyone who might help us build stronger ties with, take part in, and contribute to our flourishing cultural space through attending or planning workshops, performances, film screenings, presentations, organization meetings, or anything else having to do with our LGBTQIA+ & Queer theme, and activism in our surrounding communities.